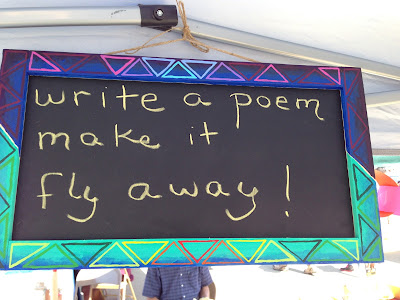 The Silicon Valley STEAM Festival was amazing. It was loud and proud and fun and jammed with people, planes, cars, food, music, robots, and bubbles. Not a place you'd expect to find poems, but there we were!  Here are some photos of the scene, the kids and their families, and the poems we wrote. I worked with Erica Goss, newly minted CPITS poet/teacher and current Los Gatos Poet Laureate.

Click through here to read the San Jose Mercury News article about the event. Lots and lots of photos of cars and planes. 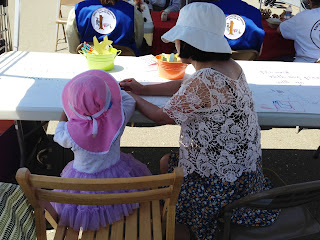 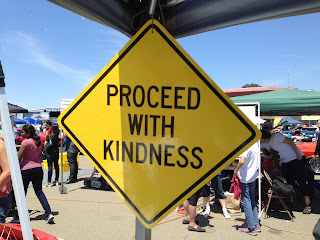 Here are some of the kids and the poems they wrote. We had a lot of fun. 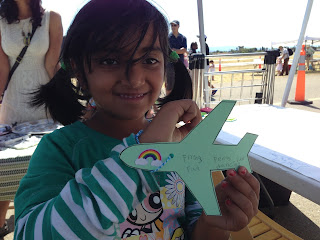 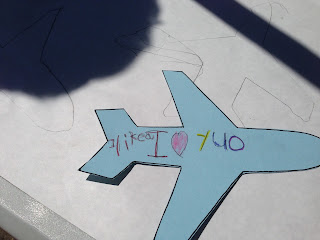 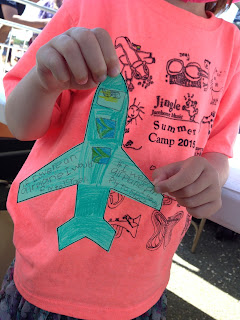 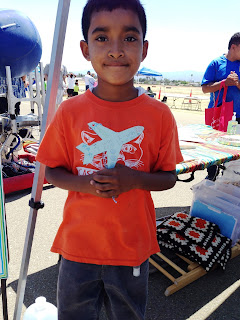 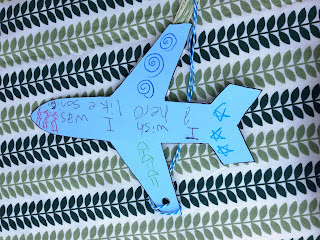 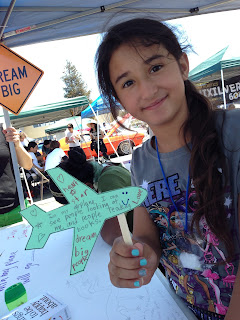 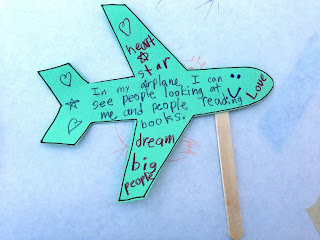 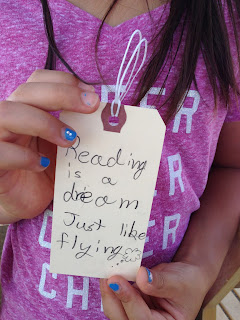 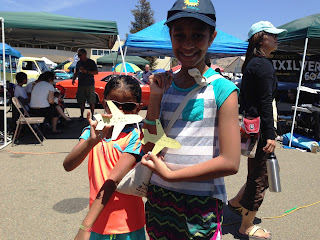 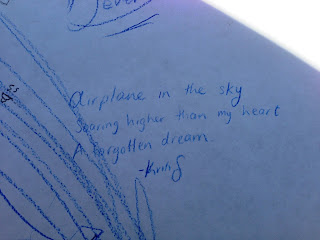 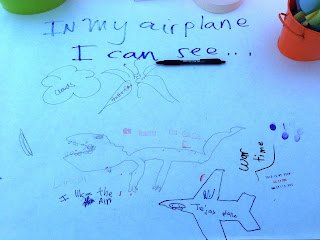 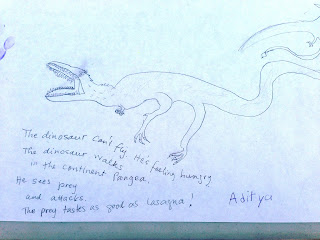 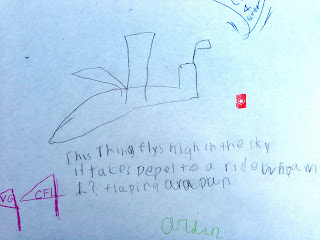 At the end of the day, this is what three exhausted, wind-blown poets look like! 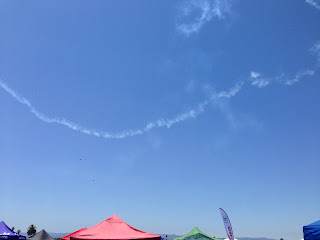 Here are some close ups some of the way the different poems could hang or be attached to strings or sticks. Holes at the top made the poems hang well from a string or bar. Holes at the nose of the plane made good "kites" and also could be tied to wrists. Sticks at the bottom made poem-plane puppets. One smart kid thought of tying the luggage tag behind the plane -- so I wrote an example of that to show (she took hers away before I could get a photo!) 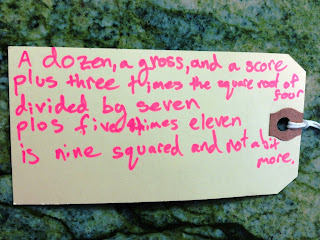 California Poets in the Schools

National Writers and Poets in the Schools